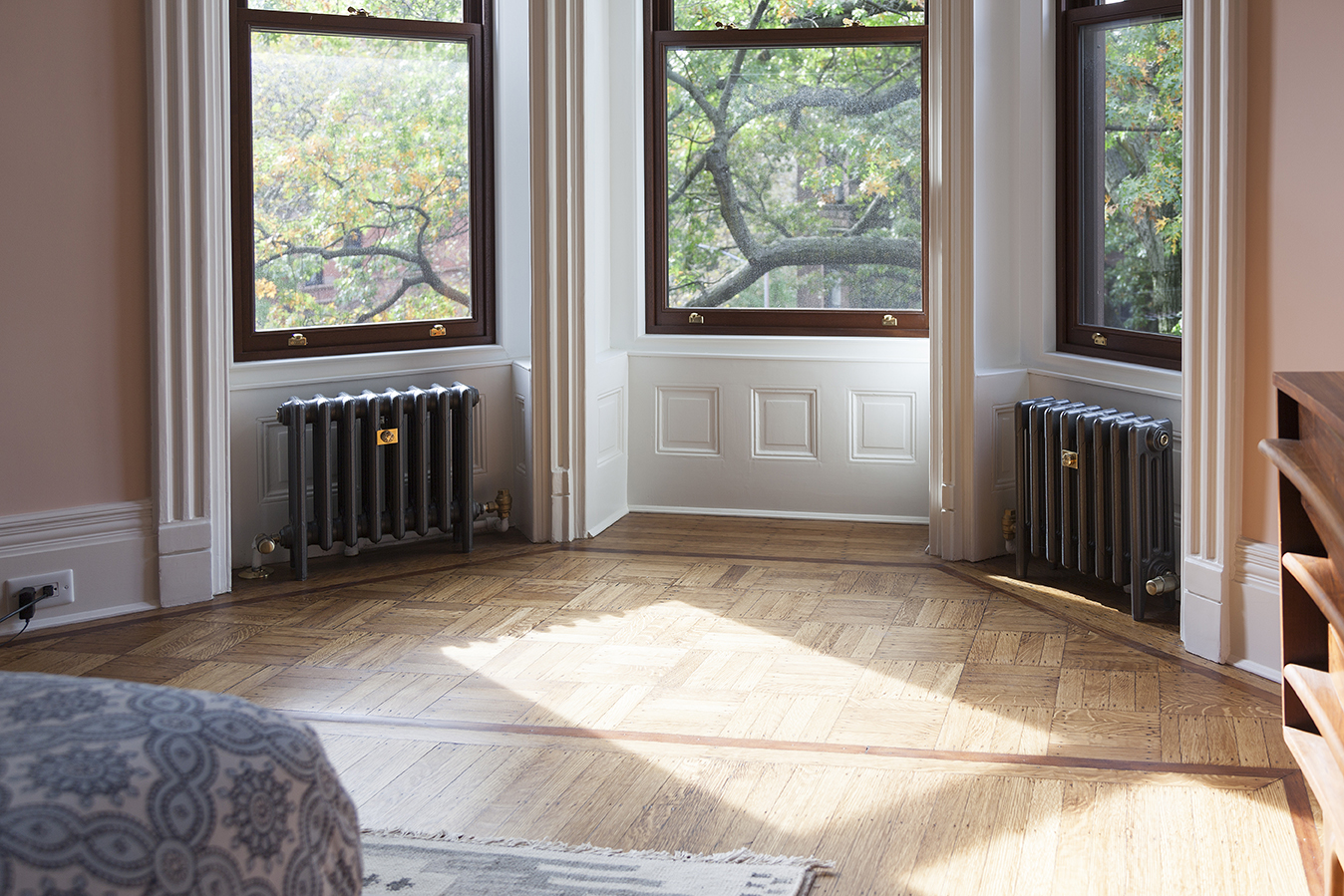 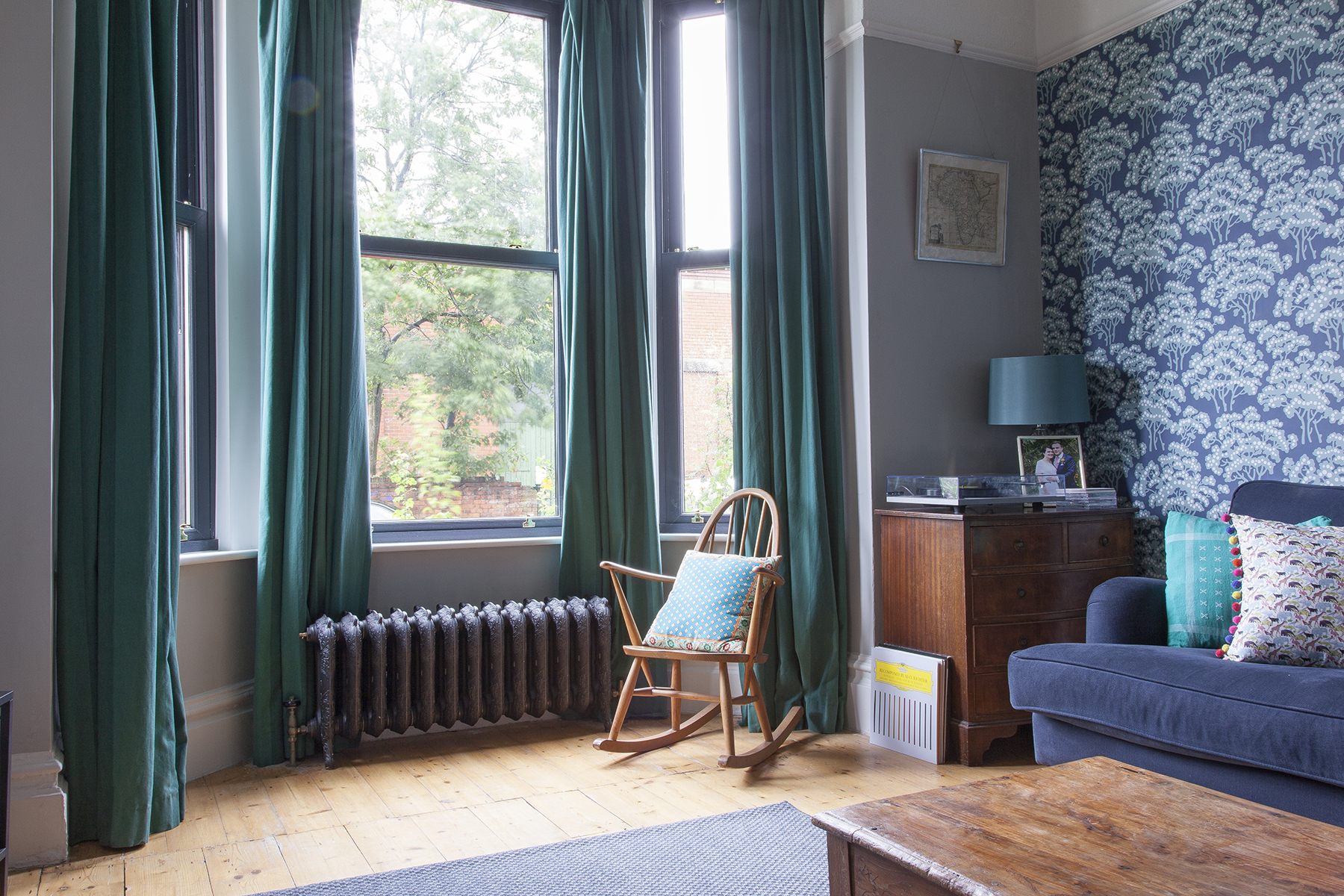 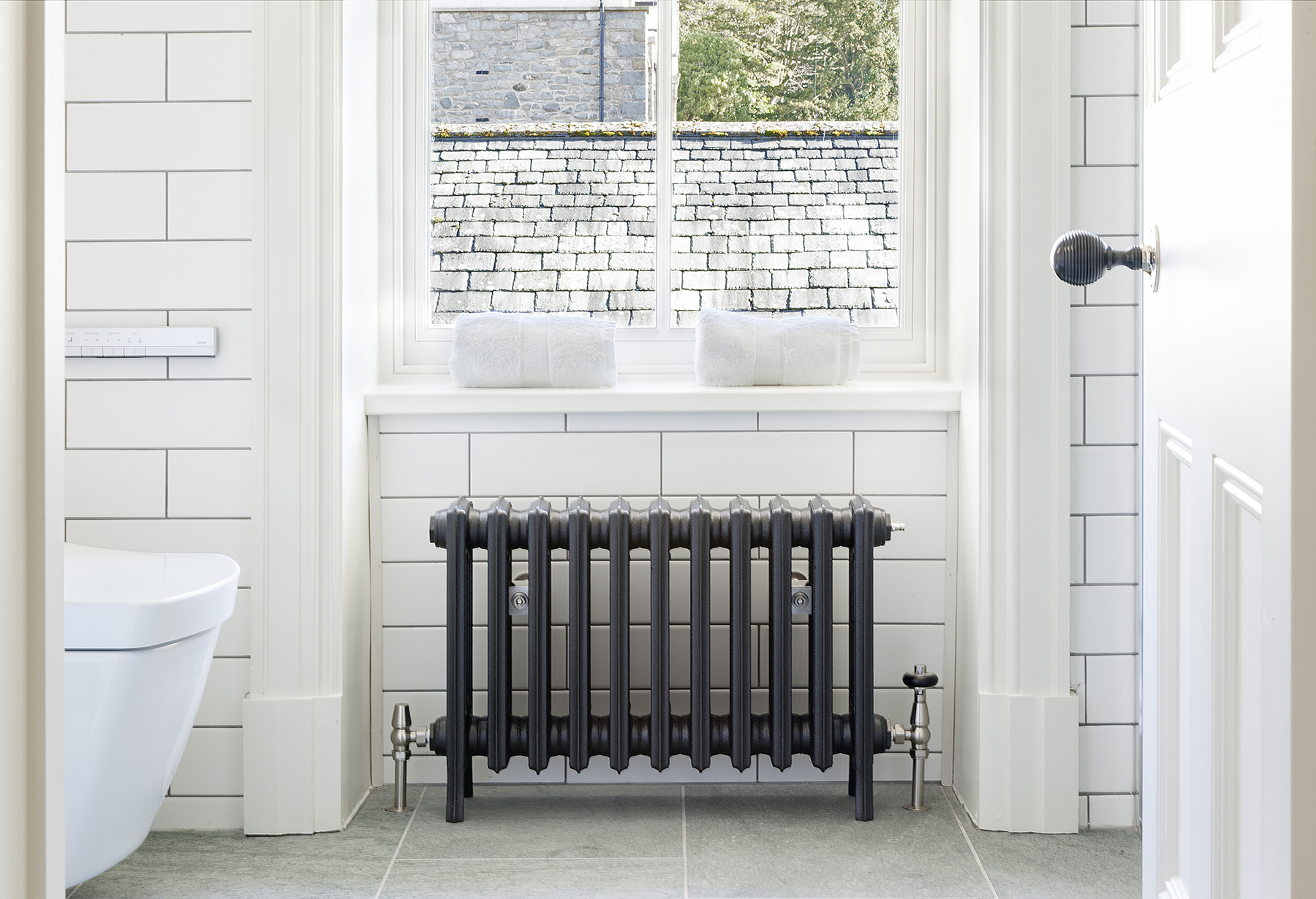 How to heat under windows

Home / Inspiration / How to Heat / How to heat under windows

How to heat: Under windows

The reasons why radiators and windows work so well together are threefold.

1. Exterior walls and windows are usually the coldest part of the room.

Cold air is dense and sinks to the floor while hot air is more buoyant, so placing a radiator below a window means that the rising hot air meets the falling cold air as it enters the room, directly offsetting the cold downdraught.

If you opt for some of the highest spec windows that are now on the market, you may even find they are more insulating than the wall, nonetheless, placing your radiators below your windows is still the best way to counter the cold zone around an exterior wall.

2. Central heating warms a room by convection current - a cycle of hot air rising to the ceiling then cooling and sinking to the floor.

Placing radiators on an interior wall opposite a window actually accelerates the cycle, drawing cold air across the floor and increasing the downdraught. So for the most balanced distribution of heat, we recommend placing radiators on external walls, ideally under the windows. If the room requires more heat you can then add additional radiators on other walls.

3. Windows also provide the ideal place to ‘frame’ your radiator and really make it a feature.

An abundance of natural light will also set off your chosen finish and gleaming accessories. Because our radiators are made to measure, you can size them to fit perfectly with the symmetry of the window frame and any decorative elements such as moulding or panelling.

See our handy guide below on measuring for radiators in windows.

Measuring For Radiators in Windows: A Guide To Getting the Right Fit

Aim for a minimum of 100mm (4") between the top of the radiator and the bottom of the sill. More is fine. Less than that and the radiator begins to look a little cramped. If you need extra heat, consider using a deeper model of radiator (more columns) or adding one elsewhere in the room.

Aside from the fact it looks good, there's a genuine technical reason too: if the radiator is smaller than the width of the window then it won't counteract the cool downdraught adequately.

A note on one-pipe steam radiators

With only one valve, the principle is the same but the measurements are different. Keep the radiator central within the window by allowing 125mm (5") on either side. Be sure to investigate the position of existing pipework before committing to moving a one-pipe steam radiator - it's not always a simple job.

With only one valve, the principle is the same but the measurements are different. Keep the radiator central within the window by allowing 125mm (5") on either side. Be sure to investigate the position of existing pipework before committing to moving a one-pipe steam radiator - it's not always a simple job.

Measuring for a radiator in a square alcove or bay

Where a radiator will be in a square-sided alcove it's important to take account of the valves. If it's a square bay with windows then the radiator width should roughly match that of the window.

Allow for the valves

X - the distance from the finished edge of the alcove to the centre of the pipe - should be a minimum of 50mm (2") to allow room to manually turn/adjust the valve.

For steam radiators (one- and two-pipe) we suggest leaving at least 5"  either side to allow for the bigger valves, and - for one-pipe steam - to keep the air vent a reasonable distance from the wall.

Measuring for a single radiator in an angular bay window

It's a classic look - simple and effective. To get it right, ensure that the valves don't exceed the corners of the bay.

Measuring for multiple radiators in an angular bay window

There's a lot going on with multiple radiators in a bay, especially when floor-length curtains are added into the mix, so give each one a little breathing space.

A good rule of thumb is to keep the entire radiator (including valves) to within the width of the window reveal. Allow 100mm (4") either side of the radiator for the valves - so a 1000mm-long (39") radiator becomes 1200mm (47") long including valves.

If that doesn't work out for any reason then try using the diagram above as a guide. Allow about 150mm (6") from the dashed line - the outer edge of the valve - to the corner of the bay. That gap is where the floor-length curtains can fall.

For more acute angles - for instance on a triangular bay - that gap may need to be more.

Measuring for radiators on curved walls or bow windows

Florence Curved radiators are an ideal way to heat those trickiest of spaces - the radial wall.

Measuring for a curved radiator is fairly simple but it's important that the measurements are accurate.

Measure the width of the bay using a straight edge, such as a plank of wood. This is called the chord.

With the chord still in place measure from the midpoint of the chord to the wall surface at the back of the bay. This is called the camber. Use a square to make sure the measurement is perpendicular.

To calculate the radius of the radiator, we add a 45mm gap between the wall and the back of the radiator. There are some constraints on the available sizes of curved radiator - the radius mustn't be too tight - but get in touch and we can talk more about that.