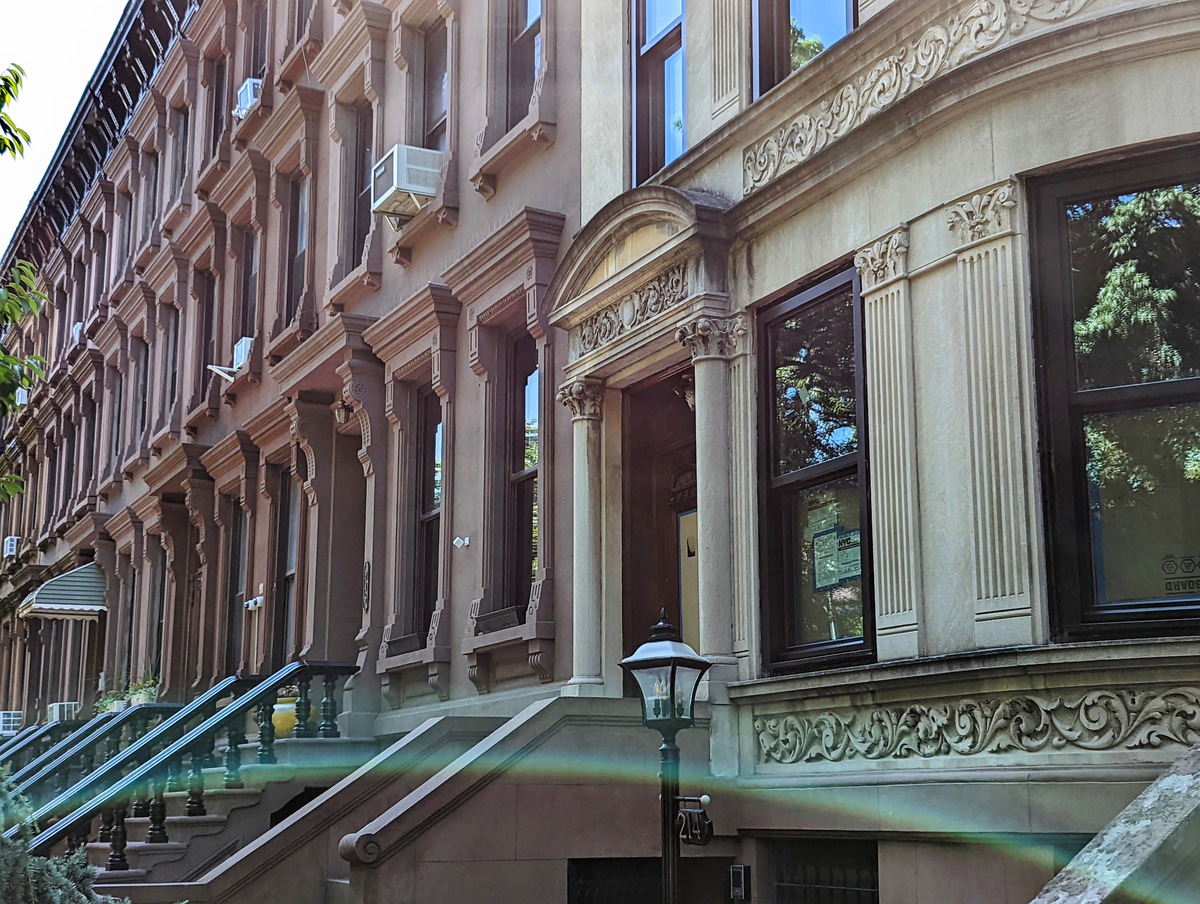 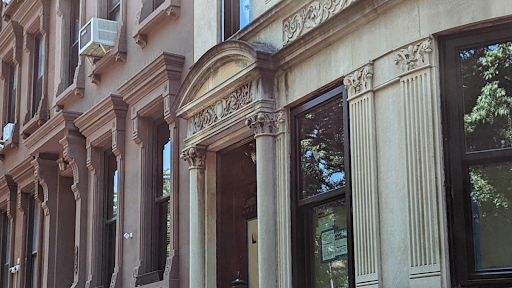 This 1909 Renaissance Revival townhouse in Brooklyn's Bed Stuy is being renovated by the architect Joshua Pulver, founder of architecture studio A+C. When asked about project goals, Pulver told us that, “The spirit of this project was to adapt and modernise an early 20th century limestone while honouring the existing details and craftsmanship.”

The townhouse, located on Jefferson Avenue, lies within the Bedford Historic District, a designation granted by the Landmarks Preservation Commission in 2015, in recognition of the neighbourhood’s “remarkably well-preserved and concentrated collection of houses by celebrated Brooklyn architects”, which contribute to the architectural and cultural significance of the neighbourhood.

It was built by architects (and husband and wife team) Carrie and Frederick Hine in 1909. One of very few women in architecture at the time, Carrie Hine managed their firm through more than 135 house builds in the late 19th and early 20th century.

The limestone facade is a very distinctive feature among the more common brownstones. Usually reserved for grand public buildings at the time, Indiana limestone was a premium material for townhouses.

The elaborate archway above the entranceway, coupled with columnated windows, make this home a classic example of the Renaissance Revival style of New York row houses, popular for grand residences in the city from 1880 to 1920.

The current building works involved expanding on an existing internal shaft that was originally built for ventilation. Joshua and his team have designed and introduced a lightwell to bring sunlight into the newly-installed central bathroom that adjoins the master bedroom.

Pulver explained  “I think the light shaft was a neat existing element that we further enhanced. It functions to provide light and air to the inner core of the building but also provides unexpected connection between the two upper floors.”

The works have introduced new home comforts to the building such as more light and central air, while preserving the existing oak millwork, doors and trims. The home will also feature the original parlour floor, fireplace, mantle and large bay window.

The customer booked a site visit from Castrads to assess their radiator restoration needs. The property has 10 ornate Koran radiators, manufactured by the Williamsport Radiator Co. in Pennsylvania, an area that was famous for decorative cast iron in the early to mid 19th century. Williamsport Radiators are quite rare nowadays and these would have been installed when the house was built, along with the original one-pipe steam central heating system.

Castrads removed all the original radiators from the property but on inspection found two had pin-hole leaks that were not fixable. We then agreed with the customer to fully recondition the 8 working radiators and supply two new ornate Rococos to replace the damaged ones.

We replaced the original inlet valves with new Windsor controls. These valves are built for one-pipe steam systems, constructed from heavy-gauge brass with a solid hardwood handle. We also added Niva One-Pipe Steam thermostatic controls, so that the temperature can be set for each radiator and automatically regulated. All brassware is in our satin nickel finish.

We finished the restored radiators in RAL colours matched to the Benjamin Moore colour scheme throughout the interior, while the new radiators were finished in Farrow & Ball colours.

Pulver described the radiators as “beautiful” and “unexpected”, explaining that although often overlooked they are impactful and restoration can make a huge difference to both the look and efficiency of the system.

The renovation is set to be finished in the upcoming months. Stay tuned to see the final results!

Get your refurbishment estimate